Well we've just build up our demo Ibis HD3 but have yet to ride it! First impressions are that its the nicest most well thought out Carbon trail bike we have had to date! Its arguably the most pretty too if you into such things! We've chosen to build up the X01 Bike but upgrade the wheels to the 741 carbons. 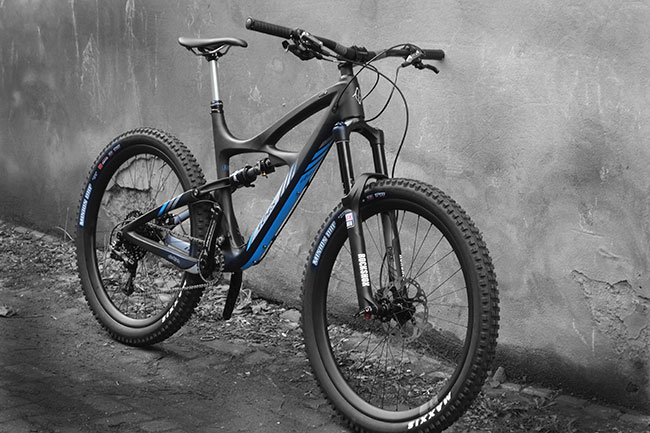 The Ibis HD3 frame has a refined version of the DW link thats further optimised for its pedalling performance, superficially the links are in a very similar layout to the links on the Pivot mach 6 that we also stock. The shock is driven by a clevis/dogbone that is similar to the design on the ripley although beefier. The pivots have been reconfigured on how they were on the HD so that the dual row angular contact bearings are on the drive side to improve stiffness. 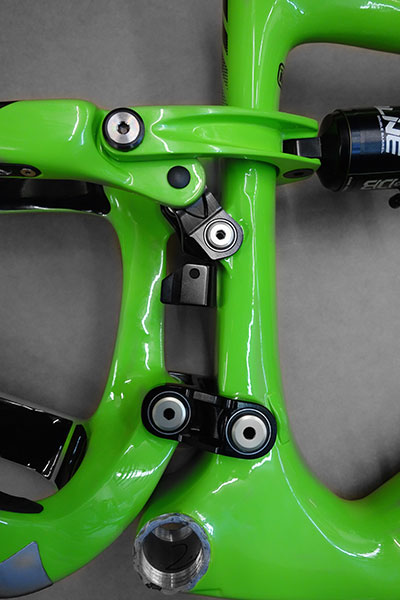 As with the HD before the HD3 comes with a Polycarbonate guard that you can bolt onto the downtube for protection for extreme rock strikes.

As with any new bike geometry is key, and Ibis have followed current trends of making the frames longer and with lower bbs, a large frame now has a top tube length of 620mm as compared to the old HD having a 604mm top tube, this we like. At the same time they resisted the temptation to go super slack sticking with a 67 degree head angle with the 150 fork, same as the Santa Cruz Bronson, and 66.5 with a 160mm fork.Other changes are a steeper sea tube angle which keeps you better centred over the bike. Overall the effect should be a balanced bike that should climb and descend well.

For the UK market the Fox Evol shock is going to be offered as standard which is a great super plush shock, with the Fox X2 available as an upgrade.The X2 offers much more adjustment of high and low speed compression and rebound damping.For rider king to just jump on a bike and ride and not spend hour setting up then the Standard Evol shock is the best option! 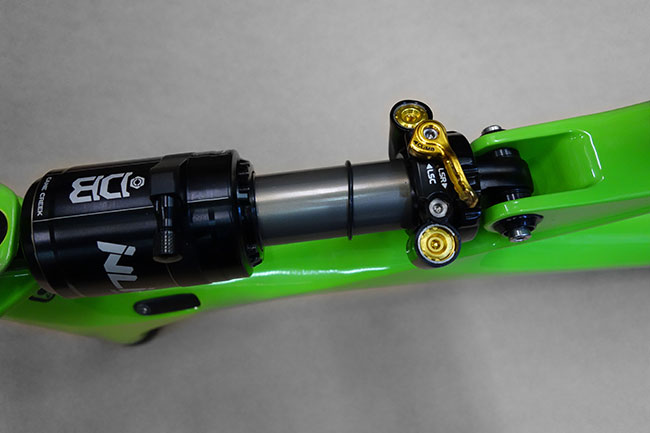 We chose to upgrade the wheels to the Ibis 742 wheelset. These use a carbon rim thats is 42mm wide! They look wide! The wheels are very stiff and still light but the main difference is the width of the rim. This has the affect of spreading the base of the tyre supporting the sidewalls much better. With our favourite 2.35 minions fitted the tyres have a wider squarer profile than the same tyres on a narrower rim, offering increased traction and less rolling resistance due to the fact that you can run the tyres at a lower pressure, without the tyre squirming or burping if you run them tubeless . Riders with a more XC riding style can run smaller tyres than they normally would with less weight, but still getting great traction. We are running them tubeless as these wheel really lend themselves to tubeless setup. Maxxis now offer "wide trail " tyres and these are specially designed for the wider rims available today.

To get the best out of the lower pressures a digital tyre gauge is a must and a little bit of experimentation is needed so that the optimum tyre pressure can be found.